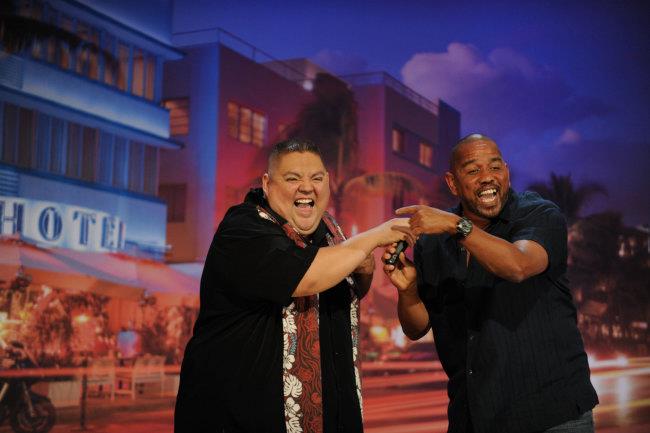 Veteran comedian G Reilly known for his quick wit and intelligence, was travelling with Iglesias upon receiving the news that he’d been added as a full-time tour member through June 2013. The man, the myth, the legend and co-parent with “Fluffy” of the racist gift basket had this to say about joining theStand-up Revolution Tour, “It’s an honor and going to be fun working and playing with my longtime friends”.

Reilly has performed at every major club in Los Angeles, and has most recently traveled across the country to perform with Gabriel Iglesias at several of the Improv comedy clubs. Reilly also co-headlined with Iglesias at the El Colonial, with the Sun-Gazette reporting, “Reilly was a huge hit for the night.” Additionally, he has shared the stage with Louis CK, Dane Cook and Russell Peters. Reilly has also been seen on BET’s Comicview, Loco Comedy Jam, and Latino Laugh Festival, the television show, as well as ABCs Comics unleashed. Just as George Carlin, Dennis Miller, and Chris Rock continually dazzle us with their brave opinions and acute observations of politics, social issues, and things that are just plain wrong in America, so it goes with Reilly.

More information on comics, tour dates and links to purchase tickets may be obtained by going to the following websites… www.fluffyguy.com and www.myppk.com/get/greilly.

About Gabriel Iglesias:
Gabriel Iglesias has been described as a witty, electrifying and talented performer, who has the ability to consistently deliver a uniquely hilarious comedy experience. His high-octane show is a sure-fire hit: a mixture of storytelling, parodies, characters and sound effects that bring all his personal experiences to life. Gabriel’s unique and animated comedy style has made him popular among fans of all ages.

Summers: Leaked Single "Shame On You"

Tweets by @KChele
Out to the Ball Game with Marla McKenna

Summers: Leaked Single “Shame On You”
Scroll Up
Scroll to top